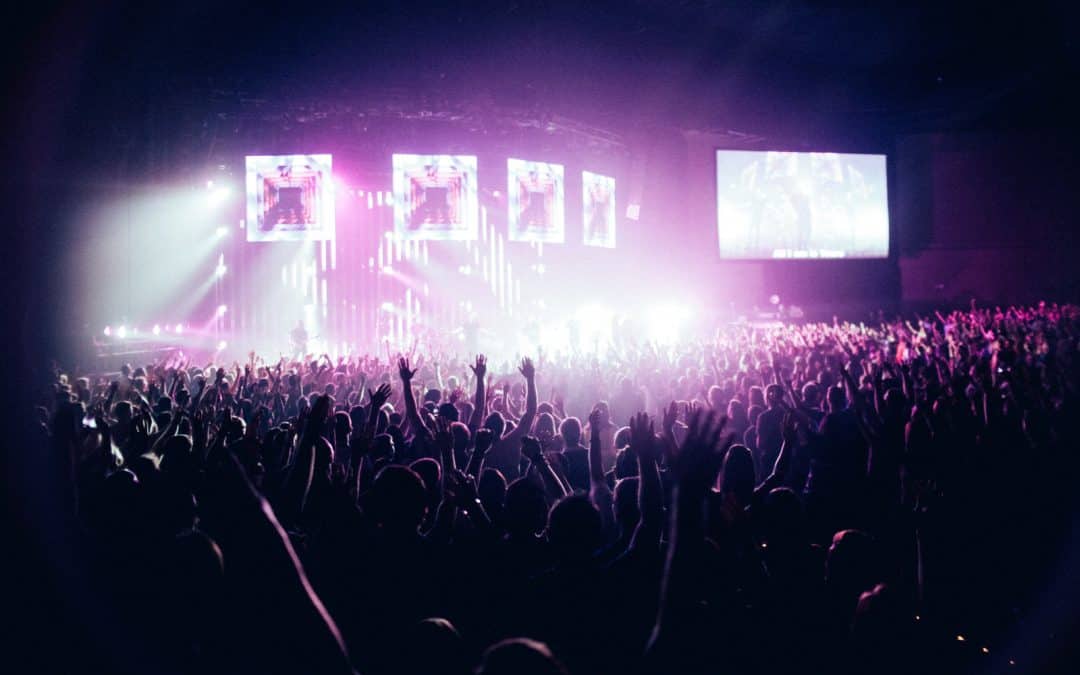 How familiar are you with the live music scene in Los Angeles? The experience you’ll have will vary based on the venue that you visit. Looking for a place to see a show? REAL RocknRoll Movers has you covered! These are the top 10 music venues in the city.

This theater, which was originally built in the 1920s, spans 31,000 square feet. Because it’s an old building, it has a distinct atmosphere that makes it an incredibly unique music venue. It’s also within walking distance of the popular Palms Thai Restaurant, which means it’s easy to grab a bite to eat after the show.

Many famous bands have played at The Fonda, including the Yeah Yeah Yeahs, The Rolling Stones, Pearl Jam, and Radiohead. Shows at the venue are frequently sold out, and it’s common for bands to dream of playing a show at the Fonda.

This spacious venue, which covers 12,000 square feet, is known for its art deco architecture. It has high ceilings and a large dance floor, which gets plenty of use when a show is in session.

While plenty of local DJs play at the Hollywood Palladium, it’s also hosted a number of other famous musical artists, such as Deadmaus5 and Explosions in the Sky. The venue has also hosted comedians, like Dave Chapelle, from time to time.

While You’re Here: Top 5 Most Beautiful Beaches To Visit in Los Angeles County

The Greek Theater, which is located in Griffith Park, can seat 6,000, making it a popular option for major music acts. Some of the most famous musical artists in the world have played here, including legends like Elton John and Frank Sinatra.

Many artists love playing at this venue because of its excellent acoustics. It’s also in close proximity to eateries like Fred 62. This venue has been a part of the Los Angeles music scene for more than 90 years, and it’s likely that it’ll continue to be around for many years to come.

If you’re looking for a rock club in Los Angeles, you’ll want to take a closer look at Troubadour. This venue only has room for 500, but it still manages to attract major artists like John Legend and The Eagles.

The venue, which has been around since the 1950s, has an excellent reputation. Because of its smaller size, it offers a more intimate experience than larger venues in the area. Shows here typically sell out, and it’s not at all unusual to see people lined up at the door.

This cocktail bar, which was originally a metal shop, is one of the most popular small venues in Los Angeles. This is a fantastic place to see local acts, but well-known bands play here as well. The venue hosts both indoor and outdoor shows.

Along with live music, the venue serves as a gallery for local artists. It’s known for having great food, and the beer garden is a big hit as well. Many people come for food and drinks and stay for the great music.

This art deco venue is sure to make an impression if you see it from the street. At night, when the venue is lit up, it feels like a window into what Los Angeles looked like in the past. The venue, which has been standing since 1936, was originally a cinema.

The venue was featured in the movie Night of the Comet and also appeared on The Aquabats! Super Show! Bands like The Cowboy Junkies have shot music videos here. This is a wonderful place to see live music, but the theatre also makes a big impression when it’s seen on the screen.

Zebulon may not be the first place people think of when they list music venues in L.A., but it plays a crucial role in the city’s music scene. This is a place where bands can experiment and test out new projects. Typically, it hosts shows nightly, which means you can see music here every night of the week.

While Zebulon got its start in New York City, it relocated and is now a Los Angeles staple. When people come to Zebulon, they have the chance to see music that isn’t being performed anywhere else.

This venue, which can seat up to 7,100, has one of the largest stages in the entire United States. In addition to being a specious venue, it’s a popular one. Normally, it hosts at least 120 shows each year.

While plays and theatrical performances have appeared on this stage, it frequently serves as a music venue. The venue, which was designed by Kurt Schindler, has also hosted major awards shows. It’s easy for L.A. residents to recognize this venue’s interior!

Commonly known as “The Ford,” this is an outdoor amphitheater that can seat around 1,200 people. The venue is located in the Santa Monica Mountains, and it has hosted a number of performances and musical acts.

Because the weather in Los Angeles tends to be warm and dry throughout the year, there’s a lot of demand for outdoor shows. This is a popular venue for many major musical acts, and festivals have been hosted at this venue as well.

While there are multiple House of Blues locations, this venue is particularly well-known. It’s common for artists like Britney Spears to play shows at this venue when they are at their peak.

This venue is a favorite of L.A. locals, and bands love playing here as well. In many cases, bands have played shows here at the last minute. People in the area often keep an eye on the House of Blues so that they don’t miss out on these kinds of surprises.

If you’re interested in seeing live music in Los Angeles, you have no shortage of options. There are many amazing venues in the area, and you can enjoy live music here on any night of the week. These venues represent some of the best of what L.A. has to offer.