List Of All Current Professional Sports Teams In Los Angeles 2020 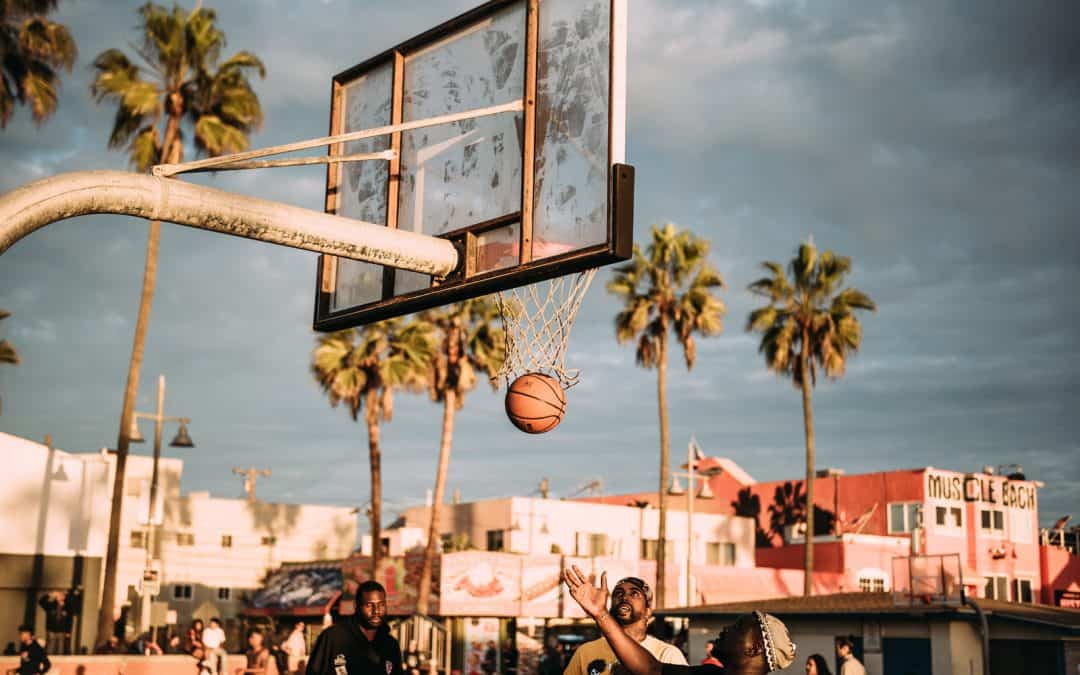 Los Angeles Lakers are undoubtedly the most successful sports team among other Los Angeles-based sports teams. The Los Angeles Lakers, popularly called LA Lakers, is a professional basketball team plying their trade in the National Basketball Association (NBA), and so far they have won sixteen (16) NBA Championships, a league-high, second only to the Boston Celtics whom they defeated in their last championship win in 2010.

The Lakers are so rich in history and tradition. Formerly called the Minneapolis Lakers, the team began in 1947 just after Ben Berger and his partner Morris Chalfen bought the Detroit Gems, which were disbanded in the league (then called NBL – National Basketball League). They won their first championship in 1949. In 1960, under the ownership of Bob Short, the team moved from Minneapolis to Los Angeles and became the first West Coast team. They later changed the name of the team to the Los Angeles Lakers.

The history of LA Lakers cannot be spoken of without mentioning the likes of George Mikan, Magic Johnson, and Kobe Bryant. The Lakers also hold some notable league records, including the most consecutive games won, the highest field-goal percentage in a season, most NBA final appearances, etc.

The Los Angeles Angels are an American professional baseball team based in Los Angeles. They currently compete in Major League Baseball (MLB). In 1961, Gene Autry established the Los Angeles Angels franchise. The name was a tribute to the first-ever Los Angeles-based sports team, and they bought the naming rights from Walter O’ Malley.

Over the years, there have been a series of name changes to the Los Angeles Angels. In 1965, the name was changed to the California Angels in recognition to their move to a new stadium, and under Walt Disney’s ownership, the team was then called Anaheim Angels. Later in 2005, they became the Los Angeles Angels of Anaheim when the new owner Arturo Moreno saw it fit to rename the team. The fans and government of both Anaheim and Los Angeles had strong legal disputes on this name change, but a court order upheld the decision, and it remained the official name to this day.

In the first three decades of the club’s history under Gene Autry, the team never won any major honors despite playing in the playoffs thrice. Their first Pennant and World Series championship win would not come until 2002.

Being the first California team to win a Stanley Cup, the Anaheim Ducks are a professional ice hockey team based in Anaheim, competing in the National Hockey League (NHL). The team was founded in 1993 by Walt Disney Company. The team was formerly known as “The Mighty Ducks of Anaheim.” Henry and Susan Samueli then took over ownership in 2005, and just before the start of the 2006/2007 hockey season; they changed the name of the team to Anaheim Ducks.

Their only Stanley Cup victory also came in the 2006/2007 season when they defeated the Ottawa Senators. They have also enjoyed success on a domestic level, winning six (6) Pacific Division titles, and two (2) Western Conference championship titles. Since its inception, the Anaheim Ducks have been playing at the Honda Center.

The club moved to San Diego in 1961, just after a solitary season in the AFL, and they became known as the San Diego Chargers- they would remain in San Diego for the next fifty-six (56) seasons. They joined the NFL in 1970 during the AFL-NFL merger. In an official letter posted on January 12, 2017, the Chargers announced that they would move back to Los Angeles and have been there to date

The Chargers has been a successful team in NFL history, winning their first championship in the AFL era in 1963. They have won fifteen (15) division championships and one (1) Conference championship. The Chargers have fielded Hall of Famers in times past, including Lance Alworth, Fred Dean, Ron Mix, Charlie Joiner, etc.

Another Los Angeles-based team in the NBA is the Los Angeles Clippers. This professional basketball team was founded in 1970, originally called “The Buffalo Braves.” The club moved to San Diego to become the San Diego Clippers in 1978, and in 1981, Donald Sterling purchased the franchise. In 1984, under controversial circumstances, Sterling moved the club to Los Angeles.

The Clippers have not been a very successful team in terms of trophies; they had to wait till 2013 and 2014 before they won their first major honors, the division titles. Despite appearing in the playoffs thrice in a row from 1974 to 1976, they failed to win the championship. They have been a laughingstock and always play second fiddle to the Lakers. They even had to endure long spells of struggle both on and off the court.

This Los Angeles based professional baseball team has a very rich history and regarded as a success story. This club was established in 1883 in the New York City borough of Brooklyn. They were known formerly as the Brooklyn Robins, and it was not until the 1930s that they officially adopted the name “Brooklyn Dodgers.” They had other names before this, such as; The Bridegrooms, Grooms, Superbas, and Trolley Dodgers.

The Dodgers are considered the sixth most successful team in MLB history, having won twenty-three (23) Pennants and six (6) World Series.

This is an American professional soccer club based in Los Angeles. They compete in Major League Soccer (MLS) and are among the league’s ten founding clubs. Anschutz Entertainment Group founded the club in 1994 and began playing in 1996. They are popularly called LA Galaxy.

Their first MLS Cup came in 2002 after defeating New England Revolution 1-0, and they have enjoyed success ever since. They are arguably the most successful team in MLS history with a record of five (5) MLS cups, eight (8) Western Conference titles, four (4) Supporters’ Shield, two (2) US Open cups, and one (1) CONCACAF Champions Cup.

Some would argue that LA Galaxy did not gain global recognition until 2007 when they signed David Beckham. Since then, the club has signed global soccer stars. The likes of Zlatan Ibrahimović, Javier “Chicharito” Hernandez, Landon Donovan, Steven Gerrard, etc. have all featured for the club.

LA Galaxy has also enjoyed success on the financial side, turning in a profit in 2013, becoming the first MLS team to do so. They also recorded an annual revenue of about $63 million in 2015.

Popularly known as LAFC, they are also an American professional soccer club competing in the MLS. The club was founded just recently, precisely in October 2014. After the dissolution of Chivas USA, the MLS gave the right for LAFC to be a new expansion team in Los Angeles.

LAFC played their first official MLS match on March 4, 2018, winning 1-0 against Seattle Sounders FC. LAFC won their first major MLS trophy by claiming the 2019 Supporters’ Shield in their second season of being in the MLS.

This is an American professional ice hockey team. Jack Kent Cooke established the franchise in 1967 as part of the team expansion plan by the NHL. Cooke chose the name “Kings” because he wanted the name of the team to be affiliated with royalty and for the team’s official colors being purple and gold to exemplify it. In 1995, after a sustained period of bankruptcy, Philip Anschutz purchased the franchise.

Los Angeles Sparks is an American professional women’s basketball team based in Los Angeles. They ply their trade in the Women’s National Basketball Association (WNBA). Jerry Buss founded the club in 1997, and Williams Group Holdings later purchased it in 2006. The team’s ownership since 2014 has been Sparks LA Sports, LLC ably represented by Mark Walter, Magic Johnson et al.

LA Sparks has won three (3) WNBA Championships while appearing in the playoffs sixteen (16) times. They were also the last franchise to win back-to-back titles.

The team won the Super Bowl in 1999, beating Tennessee Titans. They have appeared in two other Super Bowls but lost both matches to the New England Patriots. The Rams have also won three (3) league championships, seven (7) Conference Championships, and seventeen (17) Division championships.

There are popular figures that have worn the Rams’ colors and have etched their name in the history books. Some include Orlando Pace, Joe Namath, Marshall Faulk, Dick “Night Train” Lane, etc.

Keep Reading: 10 Best Neighborhoods To Move To Within Los Angeles