10 Best Neighborhoods To Move To Within Los Angeles 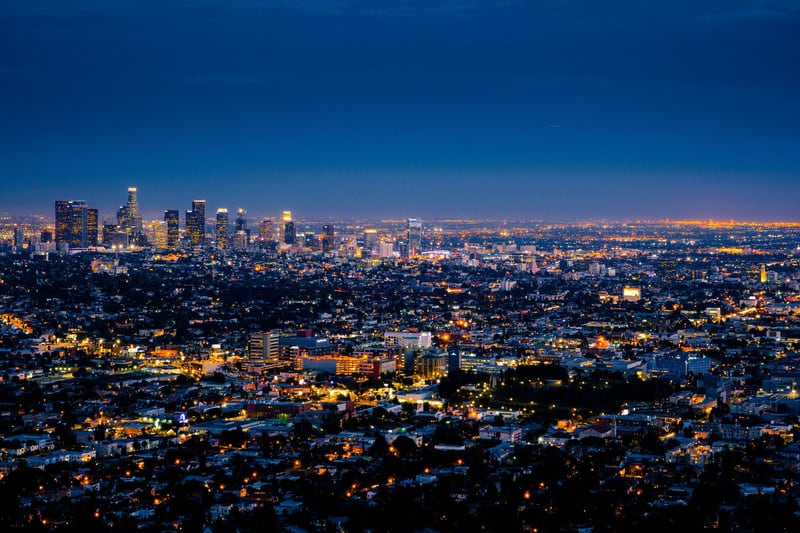 There are a few neighborhoods that stand out amongst others, and from years of providing top-rated services at https://realrocknroll.com, we can definitely tell which are most sought after. Some feature in this list because of the prominence of their landmarks, which has become a globally recognized feature.

If you are looking to move to Los Angeles, here are a few neighborhoods you should consider moving in to.

This is arguably the most famous neighborhood in Los Angeles. This neighborhood is the center of entertainment in the United States, particularly the film industry. Centered in Los Angeles, Hollywood became incorporated as a municipality in the year 1903 and merged with Los Angeles in 1910. It was not until then that the world’s most recognized film industry sprung up. The 2000 US census recorded over 70,000 residents with an ethnic breakdown of 42% Hispanic, 41% non-Hispanic Whites, 7.1% Asian, 5.2% Black, and 4.5% other race.

Since its creation in 1903, Hollywood has undergone developments and revitalization. In 1923, in Hollywood Hills, a large sign which read “HOLLYWOODLAND” was built. In 1949, the Hollywood Chamber of Commerce rebuilt the sign, thus eliminating “LAND,” so it now spells “HOLLYWOOD.” In the 1980s, there was a significant decline that even threatened major landmarks, but there has been a quick revitalization and rebuild. As of 2016, over 1,200 hotel rooms have been added to the area. Also, 4,000 apartments and over 30 low to mid-rise building projects were approved for construction. Hollywood is a neighborhood with fancy restaurants, hotels, studios, libraries, etc. some of which have become notable landmarks. For example, CBS Columbia Square, Charlie Chaplin Studios, Dolby Theatre, Hollywood Walk of Fame, Hollywood Heritage Museum, etc. This fancy neighborhood has recorded many special events.

While You’re Here: Top 5 Most Beautiful Beaches To Visit in Los Angeles County

Venice, locally known as the Westside, is the urban region of Coastal Los Angeles County. Its recreational and commercial beachfront have made it worthy of being listed among the 10 best neighborhoods one can move to within Los Angeles. Venice was founded as an independent city in 1905 and later merged with Los Angeles in 1926. Some distinct features Venice is known for include the canals, a beach, an oceanfront walk, a pedestrian promenade.

Venice was founded by a wealthy developer, Abbot Kinney, as a beach resort town. It was initially called “Venice of America.” This neighborhood has lots of recreational spots one could visit and also very rich in arts and culture. The Venice Beach Recreational Center has lots of facilities, including a basketball court, volleyball court, handball court, etc.

There were over 37,000 residents recorded during the 2000 US census. There has been an increase in the value of properties in Venice lately due to the presence of strong technology companies like Google. This neighborhood has featured strongly in popular culture as well as being home to top personalities.

Another neighborhood worthy of being listed in the 10 best neighborhoods is Bel-Air. It’s on the Westside of Los Angeles, in the foothills of Santa Monica Mountains. It was founded by Alphonzo Bell in 1923. Bell, alongside landscape architect, Mark Daniels, developed this large residential lot. Bel-Air neighborhood forms the Platinum Triangle of Los Angeles neighborhoods- alongside Beverly Hills and Holmby Hills.

There is an abundance of mansions and fine properties in the area. This neighborhood is less dense and is home to some elites in society. This is not your average neighborhood; it recorded a median yearly household income of $207,938 in 2008, the highest figure for any neighborhood in Los Angeles.

The Hannah Carter Japanese Garden is the center of attraction in Bel-Air. This garden was inspired by the gardens of Kyoto. Another notable landmark in the area is the American Jewish University. Bel-Air neighborhood can be seen in popular culture. The popular 90s TV series titled “The Fresh Prince of Bel-Air” starring Will Smith was set in this neighborhood. Since 2008, there has been an annual festival in the neighborhood.

Van Nuys neighborhood is a commercial district, home to the Van Nuys Airport and the Valley Municipal Building. The neighborhood has 2 Target Stores, 2 Asian supermarkets, and a recreation area (The Van Nuys Recreation Area). The stock and value of properties in the neighborhood have risen, along with some developmental changes made. Other important landmarks worthy of note in this area include Van Nuys Boulevard, Sound City Studios, etc. Major Parts of The Terminator movie were shot in this neighborhood.

This neighborhood has lots of restaurants and bars, and it gives its residents and tourists an enjoyable nightlife experience. It serves up some of the best clubs and 24/7 businesses in Los Angeles. There is the Korean American National Museum, The Korean Cultural Center, Liberty Park, etc. to look forward to seeing in this fine neighborhood.

This is another traditionally ethnic neighborhood in Downtown Los Angeles. It is also known as Little Tokyo Historic District. It is the largest and most populous of only three official Japantowns in the United States. Edgar Cline et al. designed this neighborhood, which was built in 1942. The neighborhood was declared a National Historic Landmark District in 1995.

Little Tokyo neighborhood is safe to live in; their nightlife is not very entertaining as only a few restaurants are open at night. Several important places in the neighborhood make it desirable. The Japanese American Museum and an extension of the Contemporary Art Museum can be found in this locale. A memorial statue of Japanese Consul to Lithuania, Chiune Sugihara, is one of the visual arts in this area. Also, there are 2 gardens and several religious temples that make up the sights in the neighborhood.

This is one neighborhood that truly shows the beauty of Los Angeles. This neighborhood is located in Central Los Angeles and has a record of over 43,000 residents. It was established in 1892 and was the center of filmmaking before Hollywood was birthed. Echo Park can be seen between Hollywood and Downtown Los Angeles.

There is usually a hot-summer experience in this neighborhood, which can be eased off thanks to the Echo Park Lake in the area. There are several districts within Echo Park, namely: Angelino Heights, Elysian Heights, Historic Filipinotown, and Victor Heights. There are several recreational parks and sports facilities around the Echo Park neighborhood. One of the joys of this neighborhood is the abundance of bars, nightclubs, and restaurants. So, if you are want to enjoy the nightlife, be sure to move in here. This neighborhood is also graced with prominent figures and celebrities and has featured strongly in popular culture.

This expensive and luxurious neighborhood encompasses part of the Santa Monica Mountain and Hollywood. It is a hillside neighborhood with an abundance of mansions and estates. Los Feliz is the most expensive neighborhood in Los Angeles because of its hillside location. The neighborhood was named after Jose Vicente Feliz and made up the original Ranch Los Feliz Land- alongside Griffith Park.

Famously described by Laura Meyers as “The most seductive exclusive neighborhood” in an interview in 1998, The Laughlin Park area is a major place in this neighborhood, gated with about 60 houses. The Los Feliz Village is the commercial front of the district. Several coffee shops, restaurants are mostly found here. The village has been a good ground for many bars and restaurants catering to nightlife to thrive. This neighborhood is a place you can go as a tourist to unwind and have fun.

This is also an expensive neighborhood, but a place anyone should dream of living in. You can find the University of California, Los Angeles (UCLA), in this neighborhood. It is on the west of Los Angeles. The neighborhood was developed after 1919, while the famous UCLA Campus was established in 1926. Other districts can be found in Westwood, namely: Westwood Village, Holmby Hills, North Westwood Village, and Tehrangles.

There have been landmarks in this neighborhood that stood the test of time most famously Lincoln Park, which is one of Los Angeles’ first parks. Other landmarks worthy of note include Los Angeles Alligator Farm, San Antonio Winery, Selig Polyscope Company, The Brewery Art Colon, etc. This neighborhood has also been a pleasant filming location for top Hollywood movies.